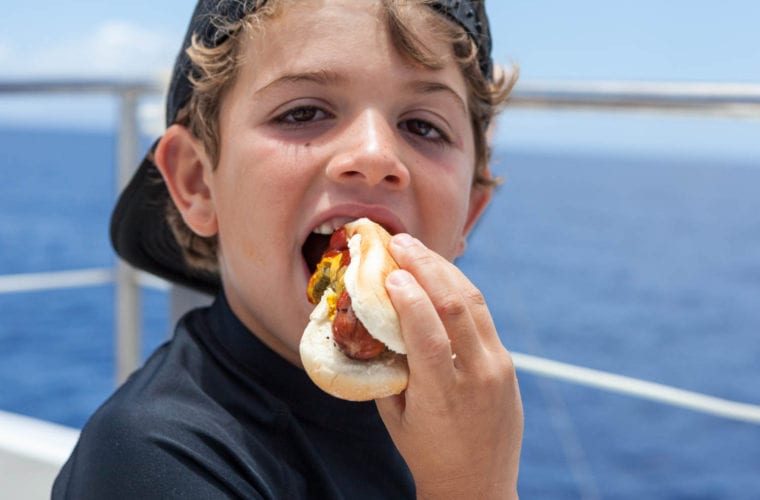 Did you grow up in Hawaii or happen to spend a lot of time on the islands? Chances are you have eaten Spam! Made by the Hormel Food Cooperation, Spam was introduced to the United States in 1937 and gained popularity worldwide after World War II.

During the war, it was difficult to try and deliver fresh meat to the soldiers. When Spam was introduced, it was the perfect alternative and became a big part of a soldiers diet and even adopted the coined phrase as “Special Army Meat”. Spam not only is cheap, but it’s also non-perishable. By the end of World War II, 150 pounds of Spam was purchased. So much Spam was bought that they ended up selling cans of it in stores within Hawaii, which led to its commercial development amongst the general public.

Spam was introduced into Hawaii, Guam, the Philippines, Okinawa, and other islands within the Pacific, due to the strong U.S. military presence. The integrated use of Spam within native diets has become quite a unique part of history and shows the effects U.S. influence within the Pacific islands.

Spam musubi is a popular snack, breakfast, and lunch item heavily consumed in Hawaii. Musubi is composed of a slice of grilled Spam on top of a block of rice and then wrapped together with nori (after the tradition of Japanese omusubi). Check out the recipe at: http://www.allrecipes.com/recipe/49785/spam-musubi/

Saimin is considered to be the national dish of Hawaii, so why wouldn’t it have Spam in it? Saimin is basically the same thing as Japanese ramen. This dish is composed of thin white noodles in a broth with green onions, kamaboko (fish cakes), and either Spam, ham or char siu (pork).  Some people add additional ingredients such as: chicken, eggs, shrimp, and the kitchen sink. If you ever want to try and create this dish, you can do so by checking out the recipe at: http://www.food.com/recipe/hawaiian-saimin-soup-456112

Some say the the “Loco Moco” dish was originally created at the Lincoln Grill restaurants in Hilo (Hawaii) back in 1949. Rice is used as the starch, finished off with the hamburger or Spam, gravy, and fried eggs. Loco Moco can be found all over the Pacific islands, including: Hawaii, Samoa, Guam, and Saipan.

Which dish will you be making for dinner tonight?