Mauna Loa is located on the Big Island of Hawaii and happens to be the worlds largest active volcano. At approximately 11:30 pm on Sunday, November 27th 2022, Mauna Loa started erupting at the Mokuʻāweoweo summit caldera inside Hawaii Volcanoes National Park. There were also a series of earthquakes Sunday evening, following the eruption. No tsunami threats or damage was caused by the earthquakes, however, it is quite evident that Mauna Loa is awake!

Mauna Loa dominates the majority of the Island of Hawaii, covering about half of the island. Since 1843, Mauna Loa has erupted 33 times. Up until recently, the last eruption that occurred was in 1984 and lasted for approximately 22 days. The flow ended up stopping about 4.5 miles from Hilo. The active shield volcano has gentle slopes and an elevation of over 13,000 ft. The magma from the volcano comes from a volcanic hotspot, near the Hawaiian Islands, in the northern Pacific Ocean. The Hawaii hotspot is also the creator of the Hawaiian island chain.

On Sunday evening, the USGS webcams showed a fissure erupting fountains of lava that was spreading along the caldera floor. Initially it was believed that the lava was contained to the caldera, but within just 2 hours of the eruption, residents of Kona captured images that showed lava starting to flow down the slopes of the mountain. Hawaii county has opened shelters, even though at this time not evacuations have been in effect. 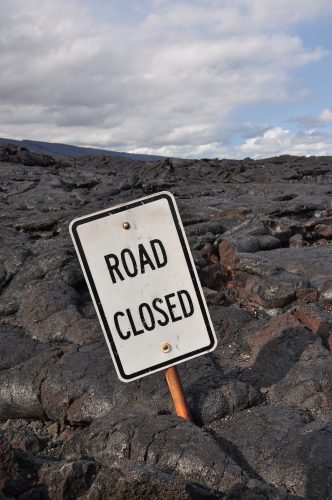 As of Tuesday morning (November 29th, 2022), the US Geological Survey stated that there are two more lava flows streaming down Mauna Loa. Kilauea and Mauna Loa are both erupting at the same time, which hasn’t happened in almost 40 years! No home or buildings are at risk at the moment, but the air quality is expected to worsen due to vog (volcanic smog).

The Hawaiʻi Volcanoes National Park is still open, but they urge visitors to be aware of the cultural significance of these sites, as it is a sacred event for Native Hawaiians. “Kīlauea and Mauna Loa volcano are wahi kapu (sacred landscapes) surrounded with storied places”.