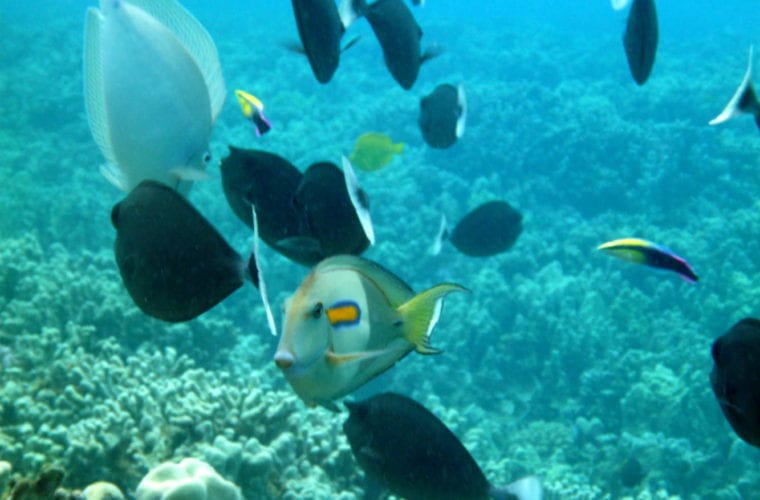 One of the most common fish at our snorkel sites is the Black Durgeon, a fish in the Trigger family. The Hawaiian name for this fish is Hu-mu hu-mu ‘e-le-‘e-le.  It’s said that the fish is very oily and not good to eat.  When they were caught in the ancient days, they would be dried on the rocks, then used as torches.

The Black Durgeons usually get up to 12 inches, but can attain up to 14 inches.  It’s a  very active fish that needs lots of room to move around, and plenty of shelter for hiding.  Unlike most other Triggers that live a solitary life on the reef, the Hawaiian Black Trigger is different. Each one has its own house to live in amoungst the coral and rock formations just outside the reef, but they will emerge and congregate above near the surface of the water in a large schools to feed on current drifting zooplankton and algaes.